A. M. Dassu was born and raised in the heart of England. She wrote her first set of poems and a short story when she was eight years old. Aged ten, she set up a creative club and planned exciting art sessions for her friends in the local park. She always dreamed about publishing a book, but thought it was something she wouldn’t be able to do easily (and she wasn’t wrong there!).

You could say that A. M. Dassu first embarked on her literary career at the age of eleven – she worked in her school library for five years, and loved being surrounded by books whilst helping her peers choose and check books out during lunchtimes. Of course spending her school week in a library wasn’t enough – as a teen she’d also visit the ‘huge’ Central Library in the city every Saturday to make sure she produced the most well researched homework – yes, she was a bit of a swot. She enjoyed English at secondary school and threw herself into character when reading out loud to her class. When she was fifteen years old, she played Juliet in the Romeo and Juliet school production and knew right then that literature and performing was her passion.
Despite this she went onto study broad based subjects at ‘A’ Level including Maths and chose not to pursue her English ‘A’ Level at university because she didn’t want to write an essay each week(!) She became a little laid back to say the least.
Much to her later regret, she studied Economics and pursued a career in management in the creative and education sectors. She continued to write poems and short stories in her free time. It was only after having her first child in 2006 that she began wishing she had pursued her love of writing and literature earlier in life.

Six years ago, whilst writing some copy for a friend’s website, A. M. Dassu rediscovered her love of writing for an audience and set up a blog which was nominated for the UK Blog Awards in the same year.
Since then she has become a featured writer for The Huffington Post and has written for the Times Education Supplement. Her first piece for The Huffington Post  was published on the front-page, alongside Barack Obama and Lenny Henry.

In 2015, A M Dassu wrote a picture book inspired by her son’s school friend. She started looking into publishing it and the rest is history!

She is an active member of the Society of Children’s Book Writers and Illustrators in the British Isles and is the Deputy Editor for its magazine, Words & Pictures.

She is also a mentor for the Write Mentor Sparks Programme and has helped authors on their journey to securing an agent.

In January 2017, she won the international We Need Diverse Books YA mentorship award and was also selected for the Writing East Midlands Mentorship to support her with her publishing goals.

In February 2019, she read a chapter from Cressida Cowell’s How to Train Your Dragon to a big audience at the Southbank Centre in London, and wrote additional material (sidebars) for a non-fiction book about Nobel Peace Prize winner, Muhammad Yunus for Lee & Low in America (published in August 2019).

In February 2020, she became a director at Inclusive Minds, a unique organisation that provides services and expertise for authors and illustrators, publishing professionals, editors, librarians and teachers who are passionate about inclusion, diversity, equality and accessibility in children’s literature.

After living in London and Manchester, she is back living in the Midlands. She lives with her husband and three little cubs, who are busy at full time school. This allows her to focus her mornings on writing fiction. Yippee!!!

A. M. Dassu firmly believes in philanthropy and in expressing individuality. She is a lover of good food, art, architecture and happiness. Oh and you may have noticed she also loves wearing hats!

Her first middle grade novel, BOY, EVERYWHERE is a contemporary upper middle grade novel about a privileged 13-year-old boy from Syria who is forced to leave everything he owns and knows behind. It is a coming-of-age story of friendship, family, belonging and fighting for a better future, and shows how ‘they’ are also ‘us’. It will be published worldwide in October 2020. You can pre-order it here. She is represented by Jennifer Laughran at the Andrea Brown Literary Agency. 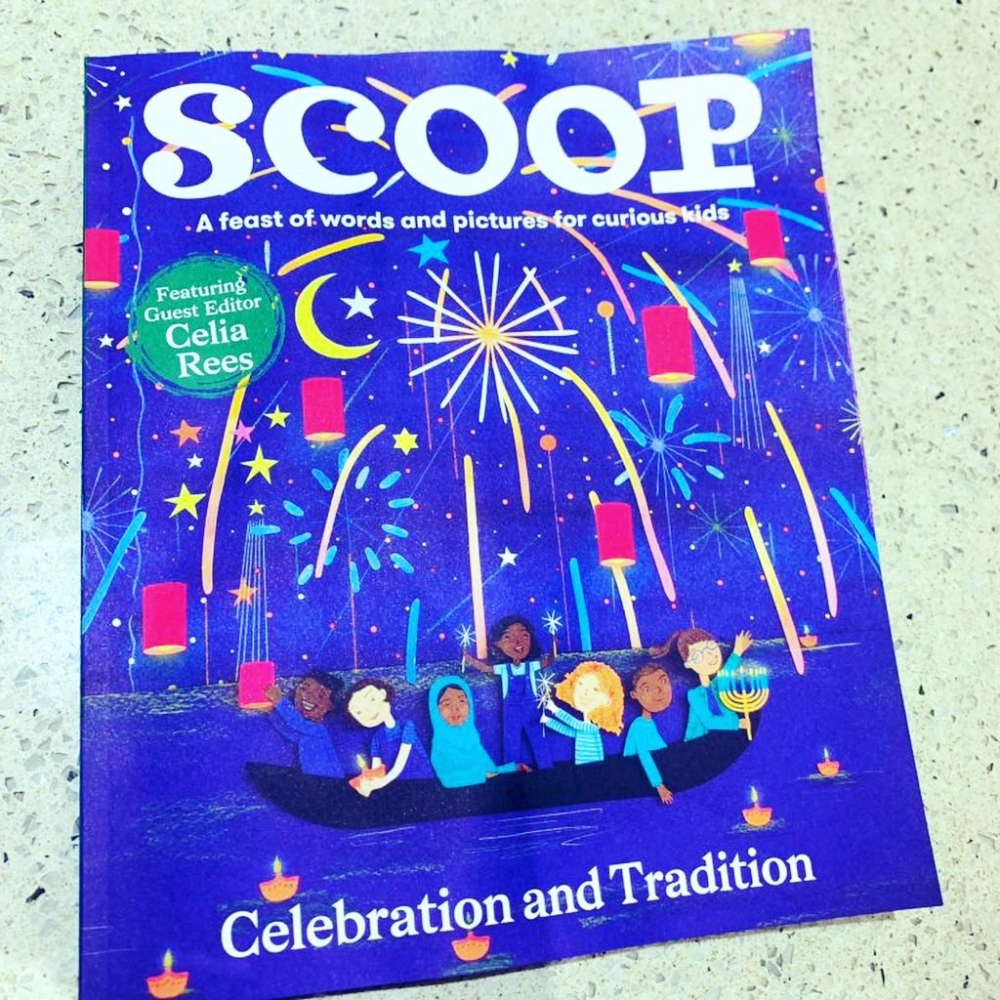